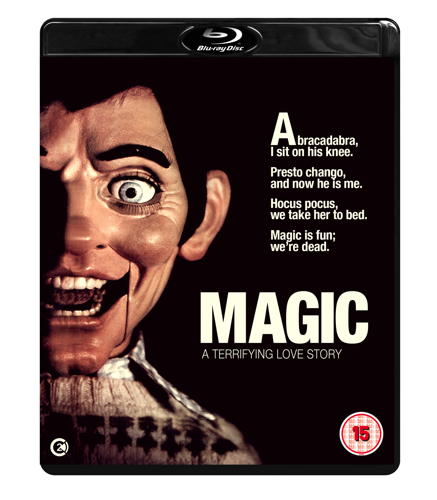 Adapted for the big screen by William Goldman from his best-selling 1976 book, Magic is out now on Blu-ray from Second Sight Films. Corky (Anthony Hopkins) is a shy, aspiring magician who just can’t get a break, but after he introduces foul-mouthed ventriloquist dummy Fats to his act, his star begins to rise. When his […]

Monthly Film and Writing Festival showcasing the best of the Thriller/Suspense Genre.

View all of thrillersuspense's posts.